05. Sequelising the Difference: Transethnicity and the Family in West is West 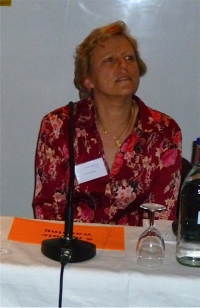 This paper was presented at the conference The Diasporic Family in Cinema on 21 May 2011. The panel was introduced by Professor Mark Hobart.

Abstract:  This contribution offers a first reading of the recently released feature film West is West (UK 2010), discussing it as the narrative complement to its predecessor East is East (UK 1999) and as a response to the latter’s popular and critical reception. Starting with a reflection on the functions and attributes of remakes, pre- and sequels, the investigation then centres on West is West’s ‘sequelising’ shifts in time, location and character constellations as well as on the on-screen integration of Pakistan and George Khan’s pre-migratory cultural and social ties. The analytical focus is on the shaken up, reassembled and extended Khan family in West is West and more specifically on the transethnic commonalities between individual characters – East and West – that result from the transnational travels of the interethnic family. Particular attention is paid to the theme of marriage and that of ‘the two wives’, also with reference to other diasporic narratives in which ‘the Muslim wife’ constitutes a structural absence. Finally, the paper will address the expectation that West is West can (or should) be a commentary on early 21st century issues and debates; it will close with a brief review of the film’s place within British (Asian) comedy and/or the mini-genre of diasporic period fiction.