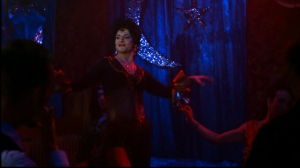 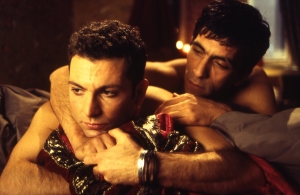 Set in Berlin's Turkish German gay and transvestite subculture, the film tells the story of Lola, a drag queen in a cabaret act called 'Die Gastarbeiterinnen' (the female guest workers), her macho lover Bilidikid and her brother Murat. The disclosure of her sexual identity resulted in her being evicted from her traditional Turkish family seventeen years ago.

Yet Lola’s gay transvestite identity is not the only family secret that comes to light and that gradually tears the family apart. It transpires that the family’s eldest son Osman is himself a closeted gay, who raped Lola when she was still living at home and whose repressed same-sex desire returns in his homophobic violence directed at his brother Lola. Murat, Lola's younger brother who was born after Lola left home and who did not know she existed, finds out what happened between Osman and Lola more than seventeen years ago.

The film ends with the revelation of an even darker family secret: Murat, wearing the same red wig Lola had worn after Osman's violent sexual assault upon her (thereby making her queerness hyper-visible), forces Osman to confront the ghosts of the past and his own disavowed homosexuality. He extracts the confession from Osman that he is indeed Lola’s killer. His mother, who had kept quiet when her husband evicted Lola, now slaps her eldest son in the face. Then Murat and his mother abandon their Berlin Kreuzberg home together, leaving Osman -- and the Turkish patriarchal family home -- behind.