About Far Flung Families in Film:

Daniela Berghahn was awarded an AHRC Fellowship to conduct this research project on The Diasporic Family in Cinema. She is Professor of Film Studies in the Media Arts Department at Royal Holloway, University of London. From 2006 to 2008 she was Project Leader of the international Research Network Migrant and Diasporic Cinema in Contemporary Europe, which was also funded by the Arts and Humanities Research Council. Her research and teaching interests include national and transnational cinema, migrant and diasporic film cultures, German cinema, the relationship between film, history and memory discourse and representations of the family. 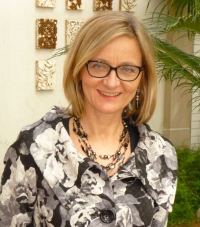 Her publications in the field of migrant and diasporic cinema include European Cinema in Motion: Migrant and Diasporic Film in Contemporary Europe (co-edited with Claudia Sternberg, Palgrave 2010); a special issue of New Cinemas entitled Turkish German Dialogues on Screen (2009); and various journal articles and book chapters on diasporic aesthetics, home-seeking journeys in the films of Fatih Akin, representations of patriarchy in Turkish German cinema, wedding films and queering the diasporic family.

This interview was produced by Faculti Media

Daniela Berghahn has been amongst the first scholars in the Anglophone world to research DEFA (Deutsche Film-Aktiengesellschaft), the state-owned and controlled film production and distribution company of the former German Democratic Republic. Her monograph, Hollywood behind the Wall: The Cinema of East Germany (Manchester University Press, 2005) is a representative history of East German film culture from 1946 to the present. Her interest in the relationship between film, history and memory is reflected in numerous publications in this field and in her recent contribution to Screening the War in Germany, another international research project (2007-2009). In the context of this project, led by funded by the British Academy and the World Wide University Network, she investigated the representation of female suffering and victimhood in DEFA’s anti-fascist films.

Other publications include Raumdarstellung im englischen Roman der Moderne (1989), German Studies in Transition (with Eva Kolinsky and Thomas Scharf, 1997), Unity and Diversity in the New Europe (co-edited with Barry Axford and Nick Hewlett, 2000) and Millennial Essays on Film and Other German Studies (co-edited with Alan Bance, 2002).

Link to staff webpage at Royal Holloway, University of London